As a black belt, my first student I was honored to promote to blue belt – the infamous Dieselinha aka The Big D. It’s been well over a week since this moment has passed, and yet the artillery of emotions it galvanized has yet to taper off. By far, this was the most epic promotions I have ever been to. Likewise, it was also the most special promotional event for me personally. Because…

Okay, okay… I am being immodest, she was not my bjj student. She is the student of my instructor. I was only bestowed the honor of calling her up and helping tie the blue belt around her waist. But, the honor was unbelievably rewarding to me personally. And, as she has been my main drilling partner for quite some time, it was kind of a big deal. Besides being my main drilling partner, she’s also my main squeeze. So, there’s that.

I am eternally grateful to Yemaso both for his tireless efforts to mold us, his students at Yemaso BJJ, into formidable martial artists and for his communal disposition which leads to collaborative promotional ceremonies of partners. I was so excited, and I had been practicing to tie the blue belt so much, that I almost didn’t give him a chance to finish tying it!

Fortunately, he intervened to make it official. And provide the Diesel with some wisdom as she embarks on a new quest.

Truth be told, when I first saw my friend B tie the belt around his wife & little brother I was overjoyed. We also got to witness Troy tie a purple (and later a brown) around his wife, and that was a special moment too. However, it did not prepare me for how big the moment would be for The Diesel and me.

The same could be said about martial art peregrinations. My experience achieving blue belt was not parallel to that of The Diesel. We all have our own set of physical, emotional, intellectual, athletic and psychological capacities which coalesce to govern the development of our martial skills.

For most of us this avocation is prioritized behind educational, professional, and familial matters. As the mountain of life periodically drops boulders at our feet, it is those of us who do not permanently shrink, but rather perceive it as a catalyst for upward mobility that succeed in traversing said mountain.

Most don’t know, but The Diesel was one of the first females to train at Yemaso BJJ while she was still living in Long Beach. True story, she would sometimes drive 5-7 hours from Long Beach straight to the academy to join our Friday comp team sessions knowing she’d be the only female training that night. With time the original fembeast, Celina, came back to train so the Diesel would have another female training partner.

Since then, we’ve grown the largest female bjj group in the Sacramento region. Throughout this time we’ve taken our lumps as individuals and we’ve taken them together, yet the Diesel has remained true.

All of these thoughts hit me at once, like it is said your life flashes in your eyes before you die. This time, these memories with my caramel Khaleesi flashed in my eyes as it was time to lay to rest the Diesel’s white belt. It was a lot all at once, and I was overcame with it all…

I haven’t begun to truly consider my own journey, as I’ve been far too elated to move The Diesel up. People keep asking me what it feels like to reach the black belt, and really all I can think about is how pumped I am for my caramel Khaleesi. I wish I could offer everyone more, but that is just what is resonating in my mind right now. I will address the milestone of black belt, I promise, and do my best to address it with the attention it deserves.

But first comes first, I couldn’t possibly be more proud of the moon of my life for reaching this milestone blue belt in Brazilian Jiu Jitsu. 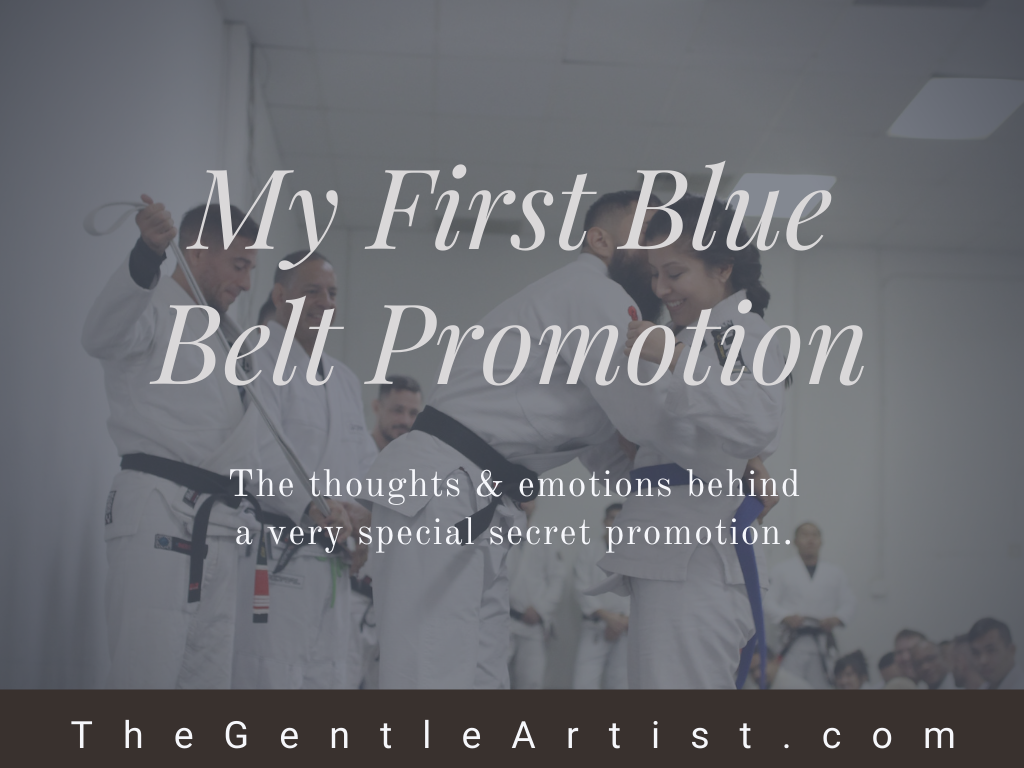