I enjoyed how Kron described, what he thought would be, a match that was insignificant and easy turn into his worst nightmare and, subsequently, one of the best moments of his career. I also found his non-verbal communication with his father, Rickson Gracie, to be fascinating as well.

While in the middle of a heated match, Kron knew exactly what his father was thinking all the way in the audience by a mere glance at his facial expression.

Kron Talks About his Match Against Garry Tonon

So I’m like, “Okay.” I had been training a lot of one-minute drills. So, in my mind, one minute is a long time. I drilled for hours where I have a fresh guy come in every minute for months. I’m going nuts, I pass his guard and I get his back. I look over at the score. I thought it was 3-3, but it was 6-3; I didn’t know he had gotten the back points twice. So I’m going for the choke, he’s defending well. I’m like, “I’m not going to stop, I’m not going to stop.” I squeezed with everything I had left.

He tapped out with three seconds left on the clock.

So, that was my first day.

Listening to Eddie Bravo and Joe Rogan nerd out on Kron’s 2013 ADCC run is also very satisfying. In particular, it’s interesting to compare and contrast all the different perspectives about the same event, and the magic that can occur at combat sporting events. 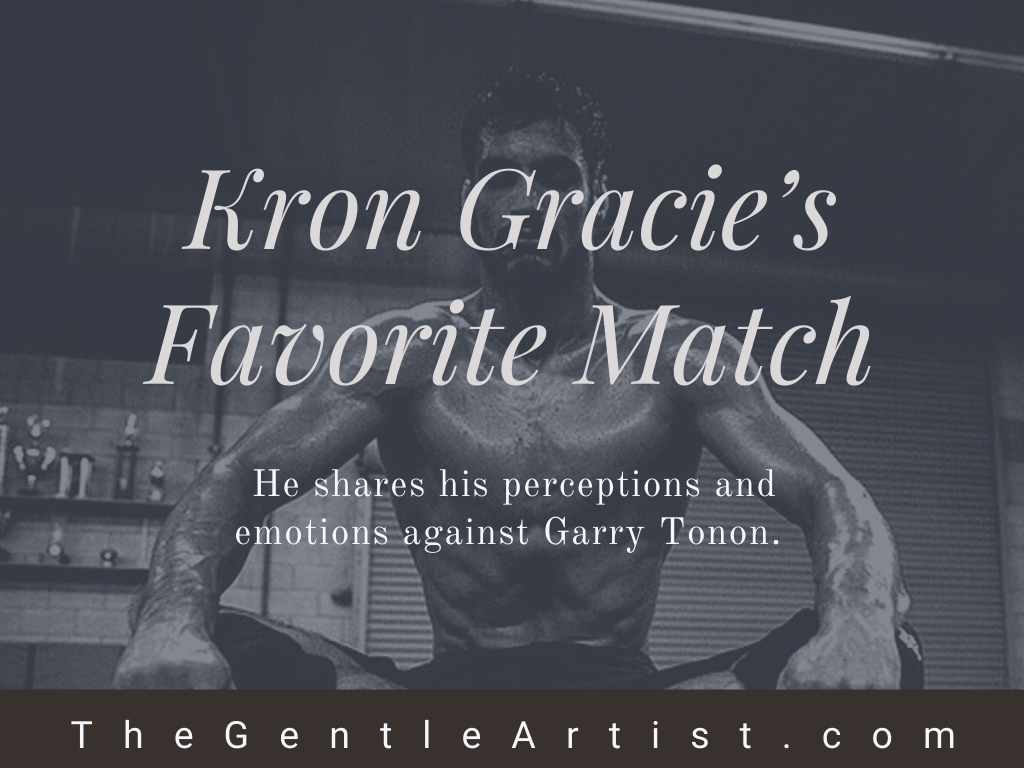